Contract.new - The fastest way to a new contract. Literally. 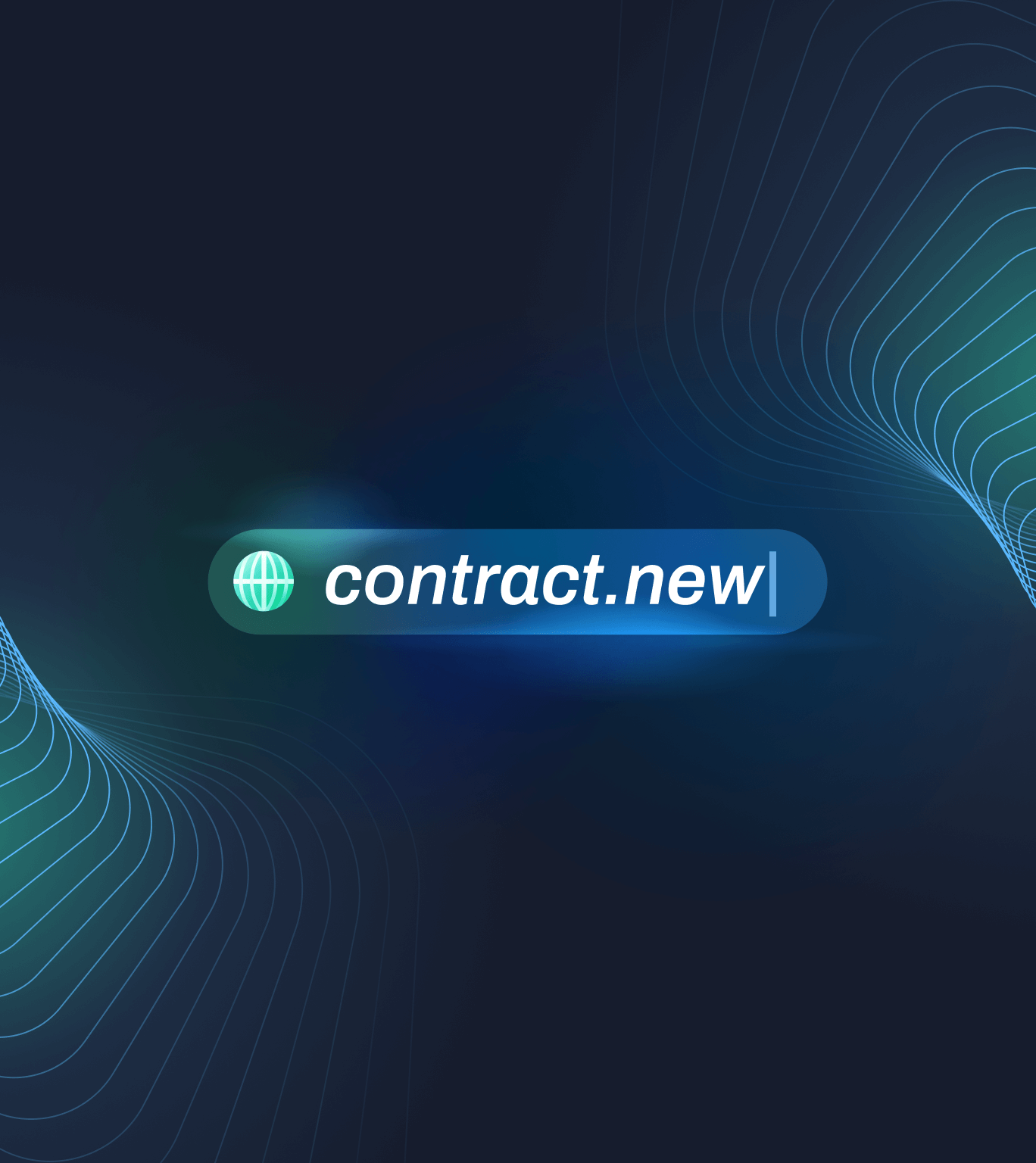 Time is a finite resource. Not to go all memento mori on you, but unless Elon comes up with something, our time here is limited. Consequently, everybody is looking to spend it well, and, in today’s world, that means saving it. Just take a look around the SaaS-market. More or less, every single modern piece of software out there has saving time as one of their main value props. Ourselves included.

Our modern world is characterized by its accelerating nature, subsequently, the world is changing at a higher pace than it used to and the present is seemingly shrinking every minute constantly giving us the impression that time is always running out. Even though we now live longer than we used to, we still feel there is less time, whether on a personal, social, economic, or political level. That is why we are seeking to optimize it.

Alas. It’s enough. I am wasting your precious time right now, am I not?

You came here to save time, as the ad or link told you it would. Not to waste it on philosophical banalities. Even this sentence wasted your time. And this one.

Okay. We owe you quite some time now.

Luckily, we have invented a crazy fast shortcut to a new contract. Unless, of course, you have automated the entire contract creation (which we can also do, by the way).

Your shortcut to a new contract

A few years ago, Google introduced .new domains as the ultimate time-saving trick to creating new files. Instead of going to your drive and finding all the right buttons, Google allowed you just to type “doc.new” to start a new document. It’s the exact same we have done with contract.new. Now you don’t have to visit Contractbook and go through our interface to begin a new contract. You just type contract.new, and the document is ready for your content. In that process, we save you about 4 clicks. “4 clicks?!” you ask. “But that is not a lot.”

Well, let’s say that you produce seven contracts per month. That makes it 28 clicks per month and 336 clicks per year. Let’s then say that you are 25 years old. That means you are probably never going on pension and will work until the day you die because that is just the way society evolves. But let’s be kind and say that you will have 50 years of work-life left. That makes it 16,800 clicks saved for the rest of your entire career. That’s something. Now, say that you are an entrepreneur and that you have 5 people producing contracts for you. In total, you could save them 84,000 clicks in their combined careers. Clicks, they could have spent adding value to your business.

When you measure this process in time, contract.new enabled me to begin work on a new contract in just 6 seconds, whereas the normal method took 18 seconds. I saved 12 seconds. In that same example, that is 84 seconds per week, 1008 seconds per year, and 50,400 seconds in an entire career.

Okay, so you are still not convinced.

Well, time is not everything. Using .new shortcuts makes you look cool. Imagine your boss is looking over your shoulder while you prepare something, and you just created a new contract in the blink of an eye. “What did you just do there? Your boss will say, impressed by your speed. And you will reply: ”I just saved 12 seconds, boss. Now I can spend my time on something meaningful, like increasing my productivity to create more value for you.“ If that is not making you the employee of the month, then I don’t know what will.

Alternatively, you will be able to tech-shame your older colleagues and call them boomers for not using shortcuts. There seems to be an evolution in the way human beings visit websites. The oldest generations will ponderously write W W W . C O N T R A C T B O O K . D K. The next generation has learned to skip the www, but they are still a bunch of boomers compared to you. Like all the young digital native GenZ’s, you are using .new shortcuts. (Some will say that voice commands are more modern, but those wouldn’t work in an open office space).

To prove the point that .new is for the young and the fancy, we uploaded a short video explaining the feature to TikTok. It’s a major hit.

So stop being a boomer and jump on the shortcut bandwagon of efficiency. The time is right!