How Andreas Cleve of Corti is Changing the Healthcare System for the Better, One Contract at a Time 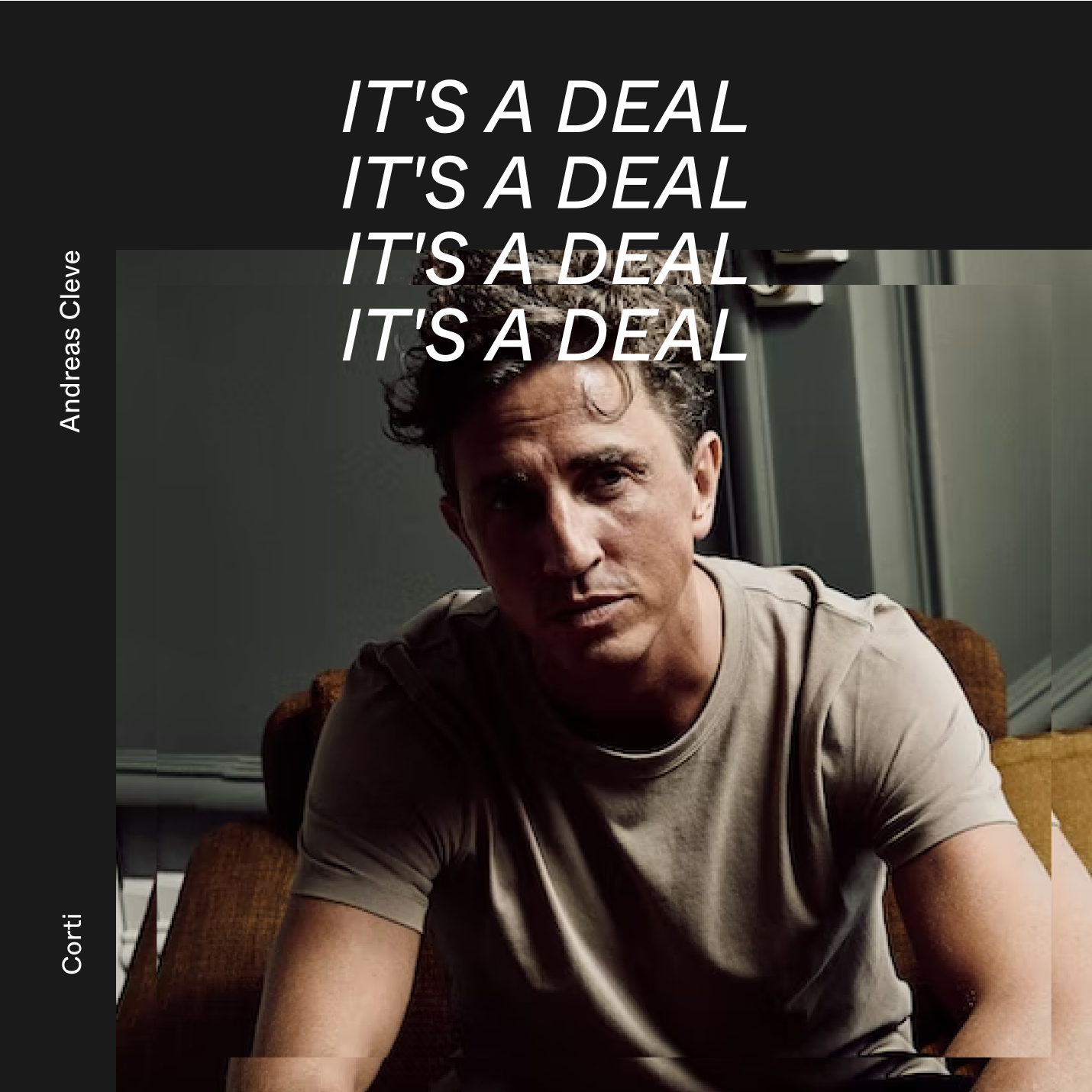 Contracts are a cause for celebration. They're the milestones on the path to every company’s success. In this series, you'll see the most important contracts companies signed. Because every time you say “It’s a deal!” you’re one step closer to your goals.

Andreas Cleve is a bit of a serial entrepreneur, having founded three companies at just 33 years old. And he probably would not have made it to where he is today had it not been for one specific—and very important—contract.

Andreas takes us back to a day in 2011. A day where he attended a very important meeting that could make an enormous change for his then young company, Ovivo. A few months prior, Andreas and his partner had been asked by one of their early customers, who recently got a new job in the healthcare industry, if they were ready for a big test, ready to land an important client. And they certainly were.

After having spent every waking minute the past months tailoring their product to the client and preparing every little detail, they showed up to a meeting with the client, ready to sign their biggest deal yet. Prior to the meeting, they had been negotiating with the client and settled on an agreement that both parties were satisfied with. So they thought the deal was ready to be signed.

“We were very young, early 20s, and excited about landing such a big contract. When we got there, it turned out to be a pitch competition” - Andreas Cleve

To their big surprise, they weren’t just there to shake hands and sign the papers. They were in fact pitching against another company—a much bigger and more experienced player in the market.

But they gave it their all, pitched their product and waited a few—long—hours before getting the answer: “We were just me and my partner at the signing, the other company were 5 people all dressed up in suits. We didn’t get that memo to dress up, so it was just the two of us standing outside the door in our T-shirts looking like school kids. It felt very much like waiting for our grade at an exam.”

The answer finally came—and it was everything they had hoped for: “I still recall that moment where we were told that we got the contract. There are so few moments like this in life. I remember getting the chills, because that just changed everything”, Andreas recalls from that day.

The signing of this particular contract meant that instead of catering to a few hundred people with their product, they were now a company trusted by the Danish Health Authorities and able to impact thousands of people with their service.

A lot of young people probably dream of starting their own company with all that it entails - being your own boss, trying to make a difference, putting your mark on something in the world. Andreas Cleve was no different. After studying Economics at the University of Copenhagen for a short period of time, Andreas dropped out to found his first company in the healthcare industry, Ovivo, a chatbot that creates shift plans for hospitals and nursing homes. A few years after signing the aforementioned contract, Andreas sold Ovivo in 2013 to a Danish IT company.

Looking back, Andreas is certain that Ovivo’s first big client contract has led him to where he is today. For him, it was a trailblazing moment for his future career and a moment that made him trust the direction he was headed with his life.

“The journey from the first big and most important contract I ever signed back in my old company to now having co-founded Corti - raising $27M in an A round, and being more than 100 people, made me trust in the journey and the need for entrepreneurs. And I definitely feel that was a trailblazing moment that allowed us to go be as ambitious as we are at Corti right now” - Andreas Cleve

A lot has happened since Andreas signed his first important contract as an entrepreneur. In 2016, three years after selling Ovivo, he founded Corti with Lars Maaløe, Michael Boesen, and Anders Friis. The idea and motivation for Corti came from Andreas’ close encounter with a heart attack in his family. They came up with the idea of creating a robot that via artificial intelligence can detect heart attacks and thereby save human lives. During Covid-19, they developed the robot, so it would be able to diagnose corona through the phone and help detect critical cases to help the health authorities.

Andreas recalls: “Growing up in a home with chronic disease motivated me to found Ovivo and Corti that both have revolved around giving patients better access to healthcare.

After selling Ovivo, I still had a lot of things I wanted to improve in this industry, as I saw a lot of systematic problems in healthcare - and I believe that with Corti, we could make a change for the better.”

Today, Corti employs more than 100 people, who are working from either the Copenhagen-based headquarter or in one of the countries Corti operates in. In 2021, Corti raised $27M in a Series A round and have ambitious plans for their robot, Audia.

No time to waste

Celebrating has never been Andreas’ thing. After landing the important deal with the Danish Health Authorities, he and his partner went to get a celebratory lunch at a hotdog stand before driving home and continuing their work.

“We went celebrating at a hotdog stand—sadly, that was the level of celebration, and then we went back to work.”

Andreas continues: “This contract was all about getting access to an entire healthcare system in Denmark. We were just a small startup, who didn’t cover that many people with our product, and with this deal we could cover tens of thousands of patients. So I was just eager to go back to work, because there was still so much to learn!”.

Fast forward to today at Corti, where important contracts are signed with partners and healthcare professionals all over the world, Andreas admits that they are still not good enough at celebrating important deals. “It's usually just back to work after a new contract is signed. But when we do remember to celebrate, we make sure to do it virtually, so everyone can be included. The team really wants to celebrate our wins, and it's definitely something we're working on getting better at!”