Peoples People! Here is how to approach The Great Resignation 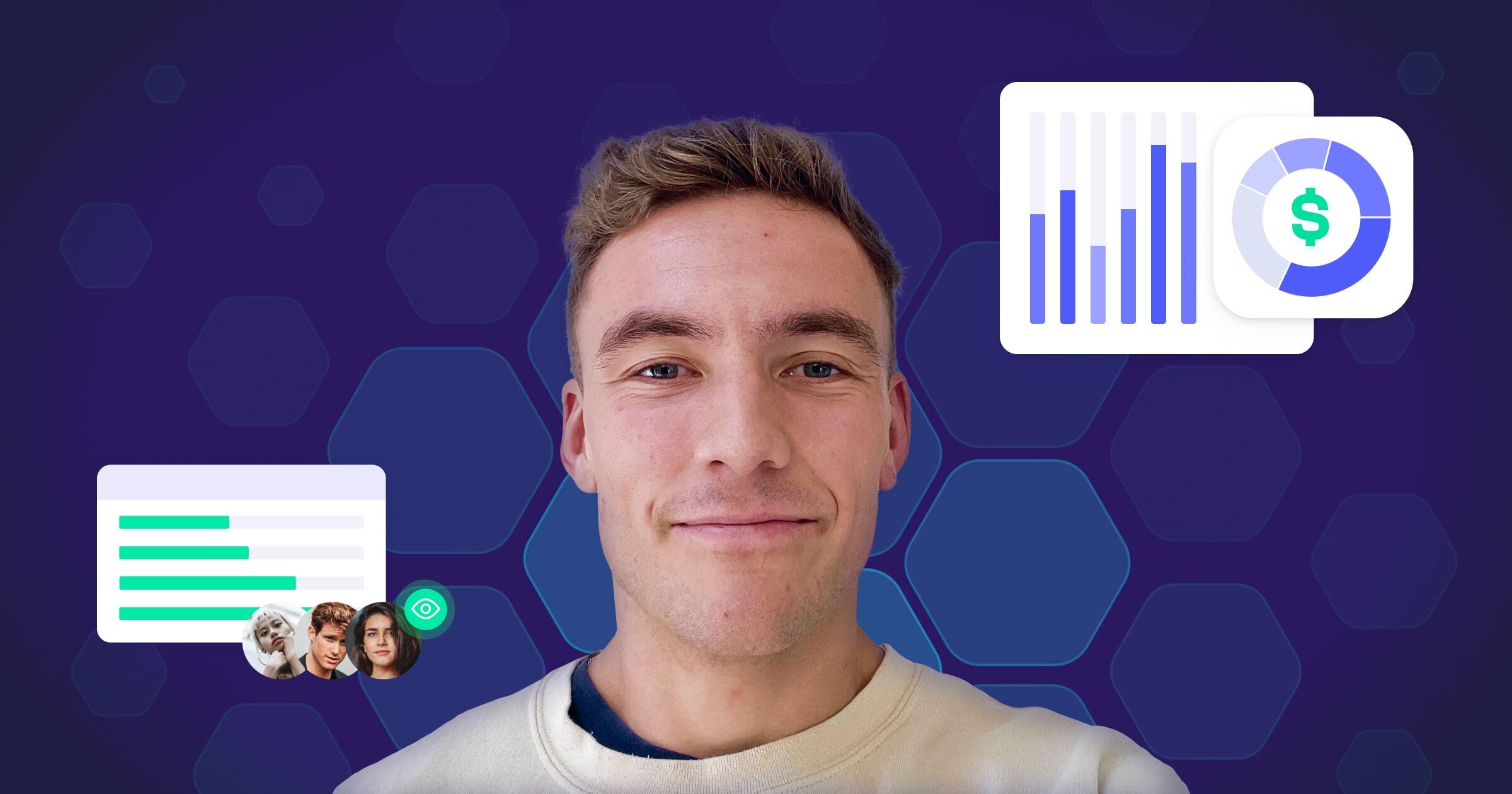 People, culture and HR professionals have had a rough few years. First, we saw almost two years of a pandemic with loneliness, loss of meaning, sickness, despair, anxiety and all sorts of mental health challenges. Now, a great resignation wave where more people than ever are leaving their jobs in pursuit of more meaning and wellbeing. And on top of this, recruitment has never been more challenging as the demand for talent vastly exceeds the supply.

Since April last year, 33 million people have left their position in the United States. That is more than a fifth of the total U.S. Workforce. While some claim that startups are winning the great resignation by offering a more fulfilling and flexible working environment, some numbers suggest that tech has it just as difficult as anyone else. An article by the New York Times “Estimates of the unemployment rates for tech workers are about 1.7 percent, compared with roughly 4 percent in the general economy”. That makes it all the more important for tech startups to create a culture of loyalty and retain the talents you already have, while it also becomes even more critical to create an attractive workplace for the few available talents out there.

Finding time for that is hard. Time is a precious resource for HR and People professionals these days. We, of course, suggest that you automate your employment contracts and other manual HR tasks with Contractbook, so you have more time to strategize and win the great resignation.

We also had a webinar on How Startups Can Win The Great Resignation. To warm up to the event, we sat down with Josh Ash, who is Sales and Partnerships Lead in one of the hottest HR platforms of 2022, Humaans, to chat about The Great Resignation and how startups should approach it.

We covered the importance of competitive salaries and equity plans in creating employee loyalty. We discussed the need for flexibility, good storytelling, and better job descriptions. And we covered how panicking and lowering your standards is not an option.

So tell me. What made you so interested in HR and peoples work? ‍

There were a few things. Firstly, regardless of how amazing your product is and how big the opportunity is, if the people in your team are rubbish and not fun to work with, this makes it really hard to retain people & make them happy.

Ultimately HR is something that touches every business regardless of what segment or industry you're in. Managing your people, looking after them & enabling them is a consistent theme, and now in the market, people have so much choice that if you're bad at this, you lose your talent. So it's really, really important.‍

It's fair to say that The Great Resignation is a bit of a buzz-term these days. There are a few different definitions out there, so how do you define the great resignation just to be on the same page? What is this concept about? ‍

So the great resignation in my mind is more about candidates having the freedom to choose almost any option they would like, which is driving many people to reevaluate what they work on, with who, under which conditions.

2020-2021 changed the way many people work; a lot of the typical things behind culture were taken away. So the free food, the gym downstairs, the office, some things that may have been a good smokescreen for negative aspects of a team/environment, while respect, fair treatment, autonomy and impact (things that actually build a culture) was missing. And so now that these things have gone and people are working remotely, if you don't have an impact in your role or autonomy to work, how you want to do your best work, you resign if you find something that gives you that. ‍

So you agree with the notion that it's actually more a big shift than a great resignation? That people are changing jobs, not leaving them? ‍

A hundred percent. I think the great resignation is probably a really sensationalized headline and really, what it should be called is the search for freedom and flexibility probably. Data shows money or financial incentives haven't been the greatest driver for leaving. Instead, it's; can I work with my family? Can I have more freedom on my schedule? Can I do work that is going to define my career and help me accelerate it? ‍

Is this something you have experienced in Humaans as well? ‍

People we’ve attracted to Humaans have been excited by a high trust, autonomous environment whereby you have a tangible impact on the companiescompany's future. What we've seen is that the job market is so, so competitive. For a few reasons. Salaries are really high. And if you don't have a compelling story or a compelling reason to join the company, and you compete on money alone, then you're really gonna struggle.‍

Are you doing anything differently now than you would have done, let's say, a year ago? ‍

There are a few things, I suppose. Job descriptions firstly, a subtle one. If you post a job as being in a fixed location, the application rates are substantially lower than if you publish them as being more flexible or hybrid or remote.

The other thing is that I am giving a lot of insights into what the company's role entails beforehand. It's much like when you go to market for your products, that prospect's journey has started months before. They are looking at the company; they are looking at the people who work there, and so helping them have more information before they talk to you has been really helpful for us. This would include videos and commonly asked questions on our team's culture and what the company is like. So giving more information proactively has been something that's been really, really beneficial. ‍

What about retaining talent? What can startups do to create more loyalty among their employees? ‍

We’ve seen people stay in a company for a few reasons. First, they want to build. Secondly, they want to believe in the mission of what you are doing & the people they're doing it with, and thirdly, they want to believe they can accelerate their career. If they execute and build trust, there'll be opportunities for them to develop and grow really fast. For us, the last one has been the most powerful. So something we talk about to many of our candidates is progression roadmaps and what their role will look like in six months or beyond.

One of the most popular things we do in the interview stage is trying to assess what they are looking for when it comes to opportunities or learning or growth, and we show them what we have in place. ‍

Okay. So we've established that salary is a factor. We've seen that flexibility is important. And then, you have also described having great opportunities for career progression. Those are three important aspects when competing for talent. However, you also mention the importance of having a good story. Can you elaborate on that? ‍

I think there are two strands or types of storytelling you could go down. So there is the why. Why is it good to be involved? The story we tell in Humaans is that both of our co-founders are talented product people who were using existing platforms and were really frustrated with, that with, that in the HR category there is a lot of options, but the quality is low and historically product people haven’t shared love with HR tools.. So take a look at Contractbook; what did you see in the market that made Contractbook super compelling. Show people if they were involved in Contractbook, they would help other people every day with X, Y and Z.

What's the big value that you provide, and how did you come across this. And the second side is the love of the process of building the business. The impact you feel day-to-day in a big company, although it's a cliché, is negligible zero. All of the things you see are dashboards on Salesforce or in spreadsheets. The numbers don't mean anything to you. Whereas if you build an early-stage team, every person you bring to that team could be 2 % of the headcount, or a sizable chunk of revenue, so you can see a tangible impact every day.‍

Do you think that there is a generational aspect of this phenomenon? That Millenials and Gen Z's have other expectations towards work? ‍

For sure. From what I’ve observed, older generations in the workforce approach work was to look for something stable for a while. The demands of young people are very different.

It's very common to see 3-4 moves in 6 years on some peoples CV's if they are below a certain age, whereas before, this would have been looked at very negatively.

I think, sometimes, younger people romanticize early-stage. They think, wow, I get this massive equity option and so much freedom. I do my calls on the beach. The reality is different. You might need to work longer hours than big companies, you’ll have to context switch more, do jobs that aren’t “sexy”. It requires more energy, and it's not what you thought it was. This, I think, is a problem. The storytelling is great, but if the perception of the story is different from reality, then that person will get out of there really quick and work in a company where they do get to clock in at 10.30 and leave at 5.  ‍

It sounds to be like you are saying that there is no easy way around this. You have to offer flexibility, a competitive salary, good career opportunities and a compelling story that matches the reality. Aren't there any quick fixes or easier tricks to deal with this? ‍

One big one that is really common in the US is equity options. It's difficult to get in European companies, but in the US culture, employees in early-stage companies get a good chunk of the company, and they're incentivized to stay there for a long time to benefit in the valuation on the rewards that the company makes.

I think the final thing sounds like a wishy-washy one. It's default trust. I think you'd be surprised how uncommon default trust is. If you hire someone to do a job and you don't enable them, and you don't trust them to do this thing, then you've lost the battle.‍

That is very interesting. So what do you think is the most overlooked aspect of the great resignation? ‍

I'd probably say understanding who you're interviewing. We have interviewed some people who have been really romanticizing early-stage startups coming from big organizations. On paper, they were good (great results, CV, etc.), but we haven't understood the person - if they had some kind of preference for working style, used to bigger structures & processes or even lifestyle commitments that will not suit the company's stage.

It’s tempting to hire someone from a big company or who sounds great during the process, especially as you panic to fill roles because early-stage companies will always have more roles than they have employees. If we get in this rush to fill the role, that can make us overlook certain warning signs or certain things that are not advantageous for us to hire for that.

We make the wrong choice because it just suits our short-term needs. So I think the most overlooked thing is sticking to the standards you have as a company for who you want to be.