How to lead your company through unstable times 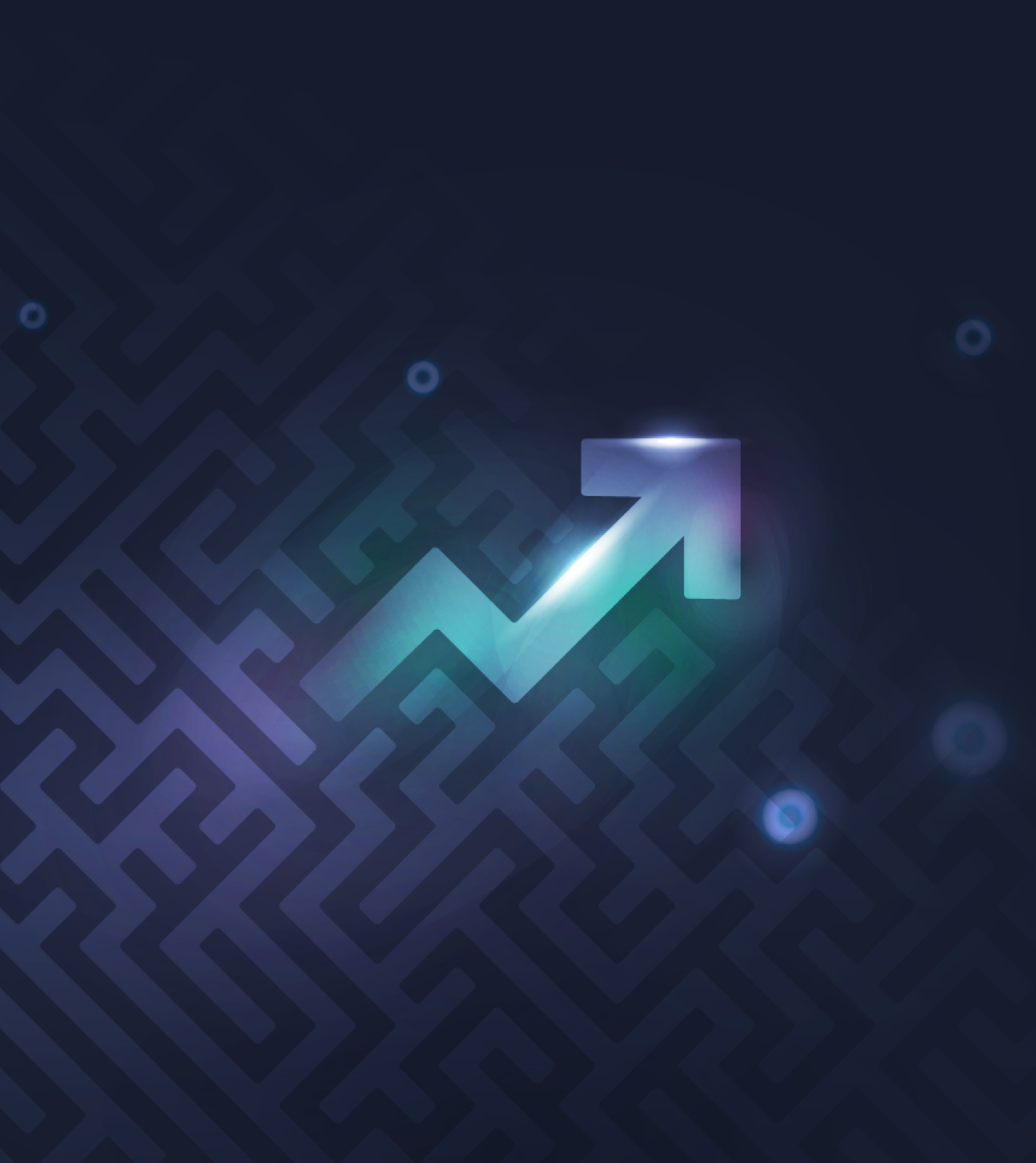 The future is not as bright as it used to be. The end of history has been postponed and long gone are the days of the wild techno-optimism of Al Gore's information superhighway. We are, in other words, living in an age of dystopias.

Let us take a better look at just how bad the future might look. (If you are already convinced and feel like skipping the foreplay for some tips and trick on how to navigate a company through times of instability, you can scroll down to the next paragraph while I entertain the rest with some depressing perspectives).

Yuval Noah Harari, the Israeli macro-historian and the ultimate airport futurist has not only re-defined what it means to be a best-selling author. He also found time to present this grim-looking visionof the future. He is warning us about the rise of a techno-driven tyranny where tribalist leaders are showing a penchant for demagoguery and autocracy. Meanwhile, the combination of infotech and biotech "will create unprecedented upheavals in human society, eroding human agency and, possibly, subverting human desires". Such conditions will make free-market economics obsolete and finish off the liberal democracy, leading to useless new classes and digital dictatorships.

And he is not the only prophet turned doomsayer. According to the futurist Oxford-philosopher Nick Bostrom, the main reason we have not devastated our civilization yet is pure luck. What else is preventing you from producing nuclear bombs in your kitchen sink with basic detergents? In one of his latest papers, The Vulnerable World Hypotheses, he shows that the world is in a 'semi-anarchic default condition' that does nothing to prevent an apocalypse caused by technological progress. Whether that is DIY biohacking or a Superintelligence that exceeds the cognitive abilities of humans in all domains and becomes the dominant lifeform on earth in a split second.

Any technologist must take the concerns seriously and ensure that the technology we produce works for humanity's better. But such philosophical predictions are also somehow speculative because they are based on technologies yet to be developed. However, dystopias are everywhere. In pop-culture where shows like The Handmaidens Tale, Black Mirror and The Rain sets the dystopian mood. In science, David Wallace-Wells famously predicts climate doom and heat death. And well. Even the data suggests it.

If you are the data-driven kind of person, you will be maybe convinced by the fact that the historical data that shows we might be in for a tough ride. Lately, the quantitative historian Peter Turchin (also referred to as The Mad Prophet From Connecticut) has received widespread attention for his pessimistic forecasts that we have just entered the new "Turbulent Twenties" marked by political instability and social unrest. Turchin uses10,000 years of historical data to develop models and establish general explanations for social patterns. The verdict of his mathematical history is clear: Civil unrest is going to get worse in the next decade - just as it has in 50-year cycles for the past 250 years. Turchin presented his theory in 2010, and while it was dismissed for many years, the election of Donald Trump, the protests against systemic racism triggered by the death of George Floyd and the storming of Capitol Hill has suddenly made him the talk of the town. Whether it will be protests similar to the 1960s or down-right civil war depends on multiple factors, but the deep structural forces suggest a new age of discord.

You might not even have to read philosophy, watch Netflix or look at the historical data to learn that we live in turbulent times. 2020 made it pretty obvious. As we wrote in our Forbes piece on why you must get back to basics with technology, the Wikipedia article for 2020 summarizes the year pretty fine. Look it up for yourself, and you will find a depressing long read about a pandemic, a global recession, mass cancellations, extreme cyclone activities, bushfires and the worst year in climate change ever.

Fine. Enough with the pessimistic tirades. We get it. But what is your point about the future of work?

This: Companies are operating in unstable conditions which force business leaders to lead in new ways, consider multiple uncertainties and establish new ways of working.

Sometimes, there is really nothing you can do. Many companies have suffered in the COVID19-crisis, and they could not have done anything different to prevent the situation. But sometimes there is. This article will take a closer look at what a company can do to prepare and operate successfully in an age of discord, crisis, and instability.

‍How to lead a company through unstable times

‍And here is where you would jump in if you skipped my self-absorbed masterclass in the contemporary cultural history of dystopias.

Preparing for more unstable and unpredictable times and responding well to crisis situations will be key to running a well-performing business in the years to come. The world has been accelerating and caused environments to reshape and dynamize at a higher pace for some time already, so there is some quite good literature on the subject. As always, Deloitte and McKinsey have produced some pretty clever reads on the matter.

Like this one that gives some convincing takes on leadership in a crisis. Obviously, recognizing the crisis and accepting the lack of predictability is essential. You don’t need a predefined response plan, but the right mindset that will prevent you from overreacting and looking ahead. That requires you to be deliberately calm, maintain a mindset of bounded optimism and show lots of empathy. It also requires you sometimes to pause what you are doing, assess the situation, collect information and anticipate before you act. And finally, those situations requires transparency and communication galore.

McKinsey also mentions the importance of involving more people in your decisions, overreacting rather than under-reacting, avoiding optimism bias, and showing character Winston Churchill-style. That is, of course, easier said than done, but it’s a pretty good run down.

The importance of resilience

When researching for this article, the concept of resilience popped up quite frequently. No surprise. The point is that in the face of a crisis or economic slowdown, resilient organisations ride out uncertainty instead of being overpowered by it
.
In this article, Deloitte suggests that you focus on your business's resilience by investing in reskilling employees since a "worker development approach that considers both the dynamic nature of jobs and the equally dynamic potential of people to reinvent themselves". New situations require new skills which favour a flexible workforce.

In general, agility and flexibility are essential for a resilient organisation. As an example, companies that were agile and embraced remote-work quickly also gained a significant advantage in the COVID19-crisis. The next crisis may require other solutions but being agile is crucial to your resilience in unstable times. Also, supply chains built on just-in-time inventory may have to be reconsidered, and some companies will want to build backup and safety plans.

Another take on this would be to embrace automation as much as possible. Automation is has a proven cost-cutting effect which is worth a lot during times of financial uncertainty, but it is also really helpful in building business resilience and mitigating risks. The main quality of automation is that it is dependable, stable, and data-driven, making it a reliable friend in times of uncertainty. That doesn't imply that humans are a risk that we should replace with more reliable machines. On the contrary, in times of risk, we should free up the human capacity to make strong human bonds and find creative solutions while automation takes care of all the manual hassle. The leading companies apply a human + machine modelwhere routine tasks are automated, so knowledge workers have time and energy to manage more difficult situations. And again: show some Winston Churchill-style character.

There is no bullet-proof playbook, but investing in your employees, keeping an open mindset, running an agile organisation and embracing automation will be fundamental for success in an uncertain future of work.

Document automation in the apocalypse

Risk management is alpha and omega when operating a business in times of instability. There are many focus areas in that process, but managing your legal situation is fundamental. Luckily, it is also an exercise we know a thing or two about. So here how we believe you should manage your contracts to get success in an age of discord.

The first step is to look for liabilities in your contracts. In order to do that, you must have a grand and centrally controlled overview of all your contracts. The only way to achieve that is by gathering all of them into a single end-to-end contract lifecycle management platform. You must be able to find all the force majeure clauses, learn what contracts are binding and figure out what your obligations are.

Secondly, you must streamline your contracts and make sure they are always aligned with your compliance regime. To do that many companies are using contract templates with streamlined legal content that is designed to protect the company. However, those templates are still error-prone if your contract managers are able to edit the templates or use the wrong ones. That is why we advise companies to apply data-driven document automation to reduce errors in contracts and ensure consistent quality. When the contract creation process is automated, it naturally becomes more stable, reliable and to put it frankly; foolproof.

However, that is not the only important automation. Contracts generate obligations and tasks that you have to perform, so it is important that you are able to meet your obligations and can remain ahead of the curve. By automating all those small hassles, either by self-executing contracts or notifications that remind you to talk action, you limit the risk of missing an obligation.

Document automation is about reducing legal errors and streamline your workflow so you can free up time to tackle the next crisis with a Winton Churchill stature, preparer your organisation and lead with empathy.

As always, you know who to call if you want help setting up such a contract flow. Or else, here is a button you can click on to book a call with us.

Whatever may come (excluding the actual apocalypse), we can do this!