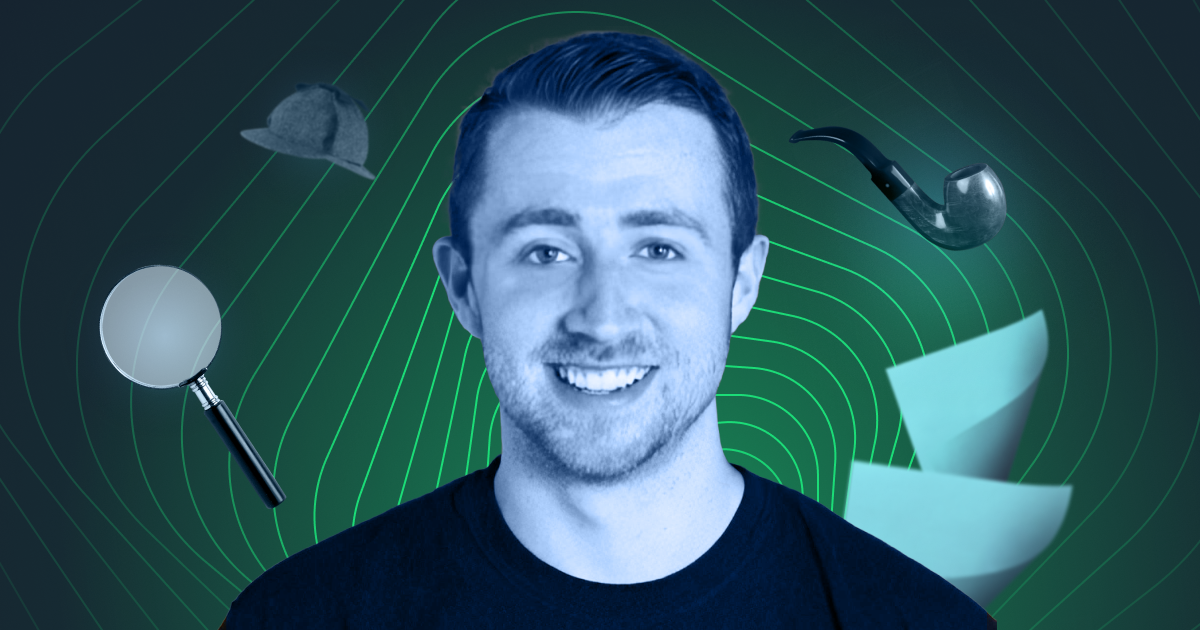 If you haven’t heard about revops before, this is a good place to start.

Our podcast is also recommendable if you are just aware that revenue operations exist, that there is a movement going on and if you want to know what the hype is all about. And even if you are somehow an expert already, I think this podcast could be kind of valuable.

Not because of the host. No. He is clueless and knows “jackshit” about revops. But he is good at asking questions. He plays the role of Watson to our very own American revops guru, Mike Canty.

Mike Canty is obsessed with revops. He spent most of his day reflecting on this exact topic. And he can talk for days about it.

Luckily, we were able to convince him to stop blogging and posting on LinkedIn about it and instead join our homemade podcast studio for a podcast series in 6 episodes.

‍
Episode 1 - An Introduction to Revops

This is where you start. Because it’s episode 1, but also because it’s the perfect Reveops 101 walk-trough.

What is it? Why is it important? Why is this movement happening now? And what is the hype about? None of these questions remain unanswered.
‍

‍The second episode is still pretty basic. We are still getting to know this topic, but this time we are deep-diving into one of the cornerstones of revenue operations.

Digital technologies and the business models they enabled is what created revops. But they are also what enable revops to succeed. We take a closer look at the perfect tech stach for revops.

The legal ops movement is redefining the legal function as a value creator rather than just a risk-averse cost-centre. We have invited legal innovator, Anders Spile, to discuss how this new legal function can improve your revops.

We talk about ops movements in general, how they play together and more importantly: How you can drive more revenue by optimizing your contracts.
‍

Wait what? Yes, revops is not for everyone. If you don’t have the right organizational structure or the right mindset, there is really no reason to bother too much about revenue operations.

In this episode, we investigate the role of culture, organization structure and business philosophies - and we explain what a real transparency culture means.
‍‍

Episode 5 - The skills you need to succeed in revops

Mike Canty talks you through what you need to be capable of if you want to succeed in revenue operations.
‍

Episode 6 - When to invest in revenue operations

We have been through how and why, but in this very last episode, we take a look at when to invest in revenue operations.

Mike Canty suggests that you begin as early as possible if you want a setup that is easy to scale later on. And… if you were too lazy to listen to the whole thing, Sherlock Canty also gives you a very short summary of the entire series.