Memorandum of Understanding (MOU): What is it and How Does it Work? 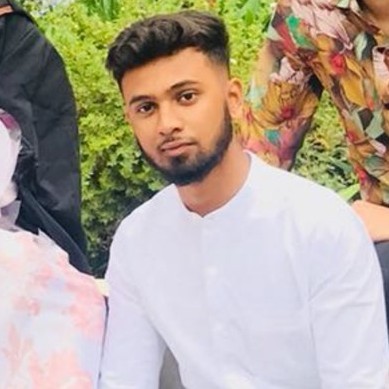 What do governments, businesses, charities, and international law all have in common? They all use memorandums of understanding to keep things running smoothly.

These documents are not legally binding, but they play a crucial role in maintaining good business relationships in a range of sectors.

This article will be your complete guide to memorandums of understanding (MOUs). We’ll explain what they are, how they work, and what they should include.

What is a Memorandum of Understanding?

A memorandum of understanding (MOU) is a written agreement between two or more parties that sets out a shared goal. An MOU is not a contract because it is not a legal document and no money changes hands.

Parties sign an MOU when they have agreed to move forward with a negotiation or project, but haven’t committed to a formal contract yet. It’s an important stage in many political and business relationships.

MOUs prepare the parties for signing a contract further down the line by explaining the basic concepts. It’s an opportunity for both parties to establish their expectations for the project moving forward.

How are MOUs different from other agreements?

An MOU is similar to another document called a letter of intent. Both documents act as precursors to a formal contract. They’re sometimes called ‘agreements to agree’ because the parties have decided to sign a formal agreement at a later date.

Remember: all contracts are agreements, but not all agreements are contracts.

MOUs can hold weight in a court of law, unlike letters of intent. This makes MOUs a more secure choice, especially in case of a dispute later on.

An MOU also gives you a written record of the agreement. Having a written document makes it easier to refer back to in future discussions. Other methods, such as spoken agreements sealed with a handshake, are harder to prove.

You may choose to have an MOU witnessed by a third party but it is not a requirement.

When should you use an MoU?

Memorandums of understanding are most commonly found in international relations. They are popular because they can be signed off relatively quickly and are more confidential than formal documents like treaties.

International MOUs can cover a huge range of issues. They can be used to boost security, strengthen international relations, and respond to ESG performance data.

MOUs are best suited to the beginning of the negotiation or partnership. It acts as a roadmap to guide future stages. Establishing both party’s expectations and intent at an early stage will make the rest of the project run more smoothly.

Making an ‘agreement to agree’ early on builds trust between the parties. Of course, a party could still refuse to formalize the agreement later on, but signing an MOU does indicate some level of commitment. If a client repeatedly refuses to make a written agreement then that’s a pretty big red flag.

Essentially, use an MOU when you want a written record of an agreement, but aren’t ready to sign a formal contract. MOUs are based on mutual trust, understanding, and respect between all parties.

What does a Memorandum of Understanding include?

As it isn’t a formal contract, the contents of an MOU are less strict than other documents. However, it is still good practice to look at existing examples or an MOU template before drafting your own agreement.

All parties need to include their company name and contact information.

MOUs can be between two parties (bilateral) or more (multilateral). Regardless of the number of people or organizations involved, contact information must be given for each one.

This section explains what the MOU is about and why it has been created. It should also state the scope of the agreement i.e how long it will last.

Each MOU should only focus on one project (the subject) so the document doesn’t become too complex. The project should have a clear purpose which is established in this section.

Here, each party lists what they intend to do and by what date. An MOU is not a formal contract, as we explained earlier, but the parties should include anything they have agreed on at this point.

Clearly show which party is responsible for each commitment. Both parties should agree to mutually contribute to the agreement at every stage.

If a party has a quantitative objective they want to meet then they should give a detailed explanation here. They need to include how working with the other party, specifically within the scope of this agreement, will help them hit that goal. Forecasting templates Excel can provide a useful starting point for illustrating objectives like this.

If the parties have agreed on any specific policies, these should be defined here. These policies might be needed to align with corporate compliance, for example, or to declare intellectual property rights.

The MOU should also say which country, region, or state has jurisdiction over it. This is especially important to specify if the parties work in different states. If you’re arranging workforce management for call centers abroad for example, this is something to be aware of.

Can this MOU be amended? Can amendments happen at any time during the agreement’s duration? What is the process to ensure all parties agree on an amendment? These are the questions that should be addressed in this section.

Making amendments at this informal agreement stage will mean fewer bumps down the road. But it only works if all parties are on the same page about how to suggest those amendments. You don’t want to be waiting for a call back from the other person, while they’re actually trying to contact you via email!

Even if it isn’t legally binding, an MOU is still an agreement. This means there will probably be consequences for any party that doesn’t carry out their commitments. This may be dependent on the state or country that holds jurisdiction.

Terminating the agreement before the agreed time has passed counts as breaching the MOU. No party can terminate the MOU without giving written notice to the others; the parties should agree on a minimum notice period for termination within the document.

When making MOUs or any other business documents you should consider the format. PDFs are a common choice for online documents but there are actually many factors that make PDFs bad for business. They have to be downloaded before you can edit them, which makes them badly suited to collaborative work.

Instead, opt for a cloud-based software to manage your documents. These online options usually integrate well with e-signature software, which is an increasingly popular choice in today’s digital world.

So before signing off your next contract, think about whether you need a memorandum of understanding first! MOUs are records that two (or more) parties have agreed to work together, without needing to sign a formal contract. They are an important but under-discussed stage of business and political agreements.

If you learned something new from this guide, don’t forget to share!